How Cheap is Too Cheap for Voiceovers?

We try to be as flexible as possible when it comes to prices and fitting in with very tight budgets for voiceovers. We did this recently for some lovely people working on some animations for the BBC Bitesize website.

But how low can you go? Sometimes - like any voiceover artist  or voice agency, you just have to say no. 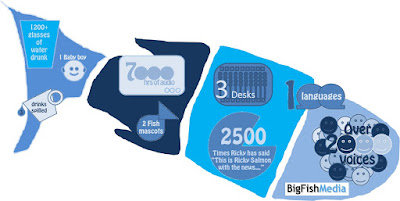 We had two cases recently which involved a massive organisation which wanted us to send a child voice talent to a studio in London or Manchester (they couldn't decide which) for £25ph!

Another would-be client, for whom we had previously made a web video, wanted to pay the same price for a voiceover for TV commercial airing on three channels. He would just not pay a penny more. We had to say no to this one too. I wonder who he got to do this voiceover?

Posted by BigFish Media Voiceovers at 15:27