Recently I did a remote voiceover recording session using IPDTL. I was at the desk here in BigFish Media. The VO was at home somewhere in the UK.

We connected at the agreed time, a few minutes before the session, plenty of time to grab a level test and make sure everything was good to go, but the signal was very weak.

So weak, that communication was not possible and we had to communicate via the text chat window on IPDTL.

Thinking that perhaps ipDTL was playing up, we tried communicating on Skype, but we had the same problem, a signal too weak to be of any use.

By now, both the client and their end client had called in via phone to monitor the session and were ready to start. However, I had still not managed to establish a good connection with the voiceover so I had to delay the client, which is never something we like to do here at BigFish Media.

When using internet-based communication, we always insist that our voice talent is connected to the internet via Ethernet and not Wi-Fi, as the former is a much more reliable connection.

I asked the voiceover artist if they were indeed connected via Ethernet and they confirmed they were. The voiceover said that they would reboot their computer and see if the connection would improve.

In the meantime I spoke to the clients and explained that due to technical difficulties, the session would be delayed.
The voiceover talent re-connected and explained that they had noticed, whilst their computer was indeed connected to their modem via an Ethernet cable, the internet settings had defaulted to Wifi. They had changed this and now the ipDTL and Skype connections were good and strong and communications were established.

However, the voiceover artist was, understandably, somewhat flustered by the technical issues and took some time to settle in to the session.

Thankfully the clients were pretty relaxed about it, the voice talent warmed up and all was well in the end.

However, it made me think, why did this happen and what could be done to avoid it in future?

Well, the truth is, nowadays, if you are a Voiceover artist, most of the time you will also have to be something of an engineer and an I.T. guru. 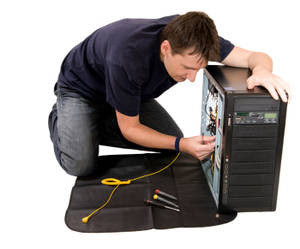 Not only will you often have to record the session at your end, making sure the computer is connected via Ethernet etc; you may also have to send the finished audio to us via Dropbox, which, while simple in principle, can be a source of confusion.

Mistakes I made early on included uploading to Dropbox whilst it wasn’t  activated, thereby adding the audio to a folder on my computer, but not sending it to 'Dropbox land' (somewhere above the clouds) to be retrieved by the other party,  and turning off the computer before the file was fully uploaded.

Of course it didn’t used to be like this (and still isn’t for the more famous among us). Yes, once upon a time, voice talent would go to a studio, step into the booth and talk, whilst the engineers on the other side of the glass would twiddle the knobs and roll the tape.

All you as the voiceover had to do was deliver a good performance, then go on a bender in Soho and spend all the filthy lucre you just earned by talking for an hour about the benefit of a caravanning holiday in Wales.

Nowadays for the working voiceover talent it’s often a different story. You may find yourself cramped in an under-stair cupboard, waiting for your mum to stop vacuuming  just long enough for you to hear what Belinda from The Video Production company and their client Stig from the Swiss kitchen appliance manufacturer,  are saying to you on Skype about how to pronounce the name of their new tumble dryer. 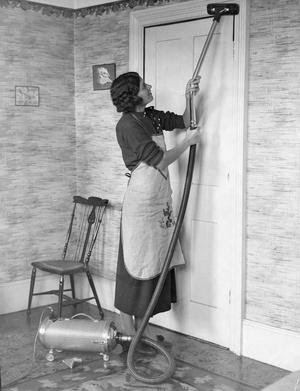 It’s a far cry from the old days, but there are ways to make it run smoother. One of the main ways is to spend a bit of time familiarising yourself with your kit. Many of us don’t like doing it, but if you spend some time with it and make sure you know your internet and Dropbox settings, it will save a lot of hassle later.

And when it all goes well, you can still go on a spending spree with the money earned from your voiceover session.

Posted by BigFish Media Voiceovers at 13:13