How can I record an authentic Vintage Voiceover?

Recently I saw a TV documentary on the early life of the Rolling Stone guitarist and professional death-dodger Keith Richards. It was an enjoyable watch, but at first I was quite confused.

The reason for my befuddlement wasn’t the half bottle of red wine I’d already quaffed, but the fact that I appeared to be watching images of Keith Richards as a baby with a voiceover talking about young Keith.

Why would a camera crew be filming the baby, as yet not famous, Keith? Was this some amazing co-incidence that the newly-born boy had been chosen as the subject of a film about society in wartime Britain and the makers of this documentary had somehow unearthed this?

No, of course they weren’t images of Keith at all, it was stock footage of an anonymous baby with newly-recorded and very convincing voiceovers.

I was very impressed with the authenticity of the voiceover, both in the acting and the recording and I would love to know who did it and how.

Perhaps someday I’ll meet the people involved at some Soho Soiree and I can ask them, but in the meantime, if I were tasked with recording something similar here at BigFish Media, here’s how I might go about it...

Of course, the simplest way of creating a vintage-sounding voice recording would be to use a plug in effect within Pro Tools (or whatever platform you use)

Years ago I created some video spoofs of the old British C.O.I. Public Information Films. For ‘Silly Billy’, I recorded my voice on a modern microphone and used the free plug in ‘Vinyl’ by IZOTOPE to affect the whole audio file.

There are plenty of other plug-ins you can use to create a vintage effect, an excellent example being Speakerphone by 'audio ease'. 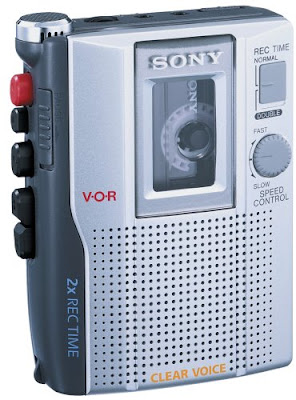 Another approach, and the one I think would produce more authentic results and be more fun, would be to use the type of equipment that would have been used in the old days.

You could record on to tape using an old cassette recorder. 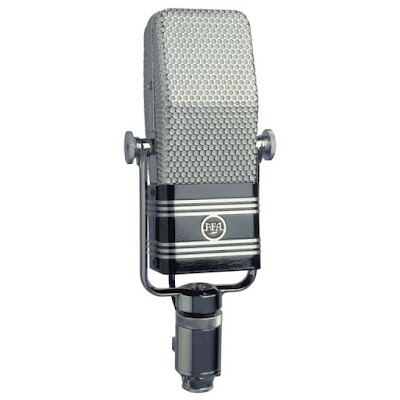 I used this approach for a project recently. The small dynamic built-in microphone and the ferrous oxide tape in the cassette, produced some good results when I attempted impersonations of John Peel & John Lennon.

Using a vintage microphone, perhaps a ribbon mic, recording to your D.A.W. of choice, would also be worth a try.

Then of course you’d need to get a convincing voice. People, especially on the radio or TV, don’t speak or sound like they once did.

I’ve heard a lot of old style voiceovers where they have over-done the ‘plumminess’ of the voice and have used words or phrases that would not have been in existence or used in that way at the time.

I would research existing material from the time period I was trying to emulate, then cast a voice actor who could get close to that sound.

The amount of voiceovers who can recreate that kind of voice perfectly are few and far between, which made the voiceovers on the Keith Richards documentary all the more impressive.

Posted by BigFish Media Voiceovers at 19:00