Do I need experience to be taken on by a Voiceover Agent?

Here at BigFish Media we get lots of enquiries about voiceover representation: things like "my mates think I sound like Barry White" but that doesn’t make you a great singer with star quality let alone a voiceover artist.

Ask yourself are you really the next Leona Lewis? Or are you more like Michelle McManus - or one of those deluded people, who we love to laugh at because they can't sing a note? 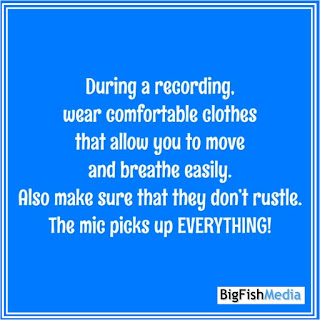 You won't stand a chance of making it without some sort of entertainment, broadcasting or acting experience. We do not take on voiceover artists who have no experience. Why would we? We could never get you a paying job.

Do you also have the ability to run a business? Can you do the paperwork, the accounts, the VAT returns? Do you have the determination to get the business in the first place let along chasing late-payers ? Do you have the technical ability - not only with your computer, but also your website and your studio?

Do you even have your own studio? Do you have the space to build for a studio? One which will meet the standards required? And are you prepared to stump up thousands of pounds on the equipment - upfront - before you have even earned a penny? It could be a huge gamble which doesn't pay off.

Having said that you could of course work without your own home studio but then you are reliant on using other peoples' studios or you have to be good enough (and famous enough) to get the really big voiceover jobs (which tend to use London studios).

There is plenty of money to be made by doing more jobs which don’t pay as much (or have as much glamour associated with them) - the best chance you have of making some sort of living in the voiceover business.

Posted by BigFish Media Voiceovers at 13:46