Do I need a showreel to get a Voiceover Agent?

Some are good, some are bad. Most are average and the vast majority add nothing to the overall sound that we can offer our clients; they just sound similar to someone who we already represent. And then occasionally there's the great demo!

What has surprised us - though - is the number of appalling "voiceover showreels". Reading the news on the radio doesn't make you a voiceover artist, so why include it in your showreel? Reading the travel news doesn't count either. Or reading excerpts from a Shakespearean play.

Sometimes we will reply to an email from someone wanting to be represented, request a showreel, and then never hear back from them. Ever.

But often we hear voiceover showreels which aren't voiceover showreels at all: they're a couple of voice clips recorded on a bad microphone on a laptop or even - once - on the telephone! We hear from people with bad lisps, speech impediments or terrible diction. 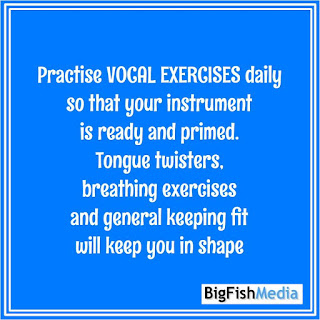 Then there is the monologue showreel which sounds like it's recorded in the bathroom.

But please, stay off the laptop. And out of the bathroom.

Posted by BigFish Media Voiceovers at 13:47